This guy. Where to begin?!

I first met Josh during a songwriting camp at OCL Studios several years ago and have had the pleasure of working with him a few times since. One of my fave things about his work is his less-is-more approach to production. He builds a song from the ground up, listens to the desires of the writers/performers and then somehow makes it better than you figured it could be. Mid-lockdown I asked Josh if he'd be willing to mix/produce Broken Man...and told him that I'd be tracking the vocals at my house and each musician would also be recording at home and sending their tracks in for him to cobble together. I think many engineers/producers (especially of Josh's calibur) would be hesitant to do that and would want more control over how things were recorded, what mics were used, etc. But he said yes. He wanted to help. Because he's cool like that, and because one of his specialties is recording sound in unique circumstances and environments. I was beyond thrilled! There would quite literally be no song without him.

PS: In early 2020 we realized we only lived a few blocks apart and we quickly became those neighbours that trade baked goods, borrow eggs in a pinch and water each other's plants. He's the Wilson to my Tim.

I am so grateful you're still here, Josh. My friend, my colleague, and the best neighb I've ever had.

Thank you thank you Josh!! 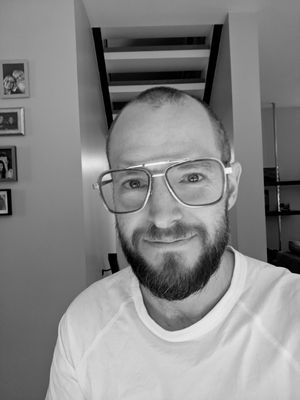